I love a good bowl of porridge but in summertime when the weather gets a bit warmer, overnight oats are the perfect cool alternative. Be..
Read More

This soup is something I remember so well from when I was growing up. My grandmother was an amazing cook and passed on her skills..
Read More

Easy One Pot Curry in a Hurry

Have you had a long day at work? Can’t be bothered to make dinner? Do you just want to chuck everything into a pot and..
Read More
View More

The marrow is such an underestimated veggie and not used or praised enough. It can be daunting because of its size and mysterious spongy flavour. So cooking it slow and low is the key here! This turned out to be one of everyone’s favourite dishes during the recipe testing stage and I’m sure you will all agree!

This recipe is part of an on-going series with Abel and Cole. I had the absolute pleasure of visiting the farm where these gorgeous tomatoes were grown, which you can read all about here.

Are you uninspired cooking in the same kitchen day in, day out? Do you long for the freedom and knowledge to play with culture, flavour..
Read More

How to shoot food like a pro just using a smartphone

Would you mind giving us an intro to who you are?  My name is Jade Nina Sarkhel and I’m predominantly known for my work as..
Read More

Each month, I will host one comprehensive workshop packed full with all of my tips and tricks to show you just how easy it is..
Read More

Begin typing your search above and press return to search. Press Esc to cancel. 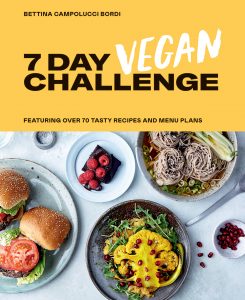